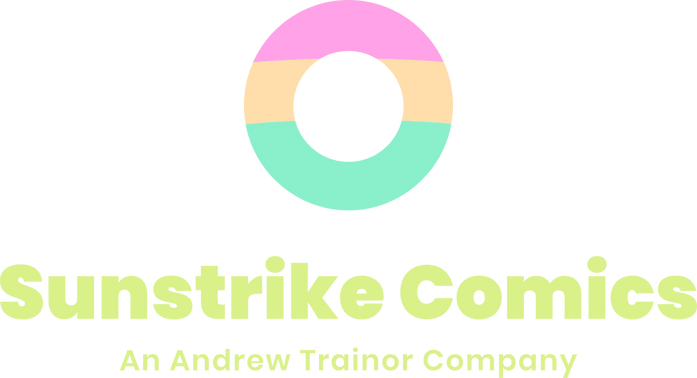 The Mission of Sunstrike Comics

Vol. 2 of the Bluefall series. Written and created by Sunstrike Comics founder Andrew Trainor & illustrated by Nino Cajayon. Coming in the beginning of 2021!

Announcing the Darkspear graphic novel series, a brand new sci-fi mystery from the creator of Bluefall. Illustrated by Tirso Llaneta. Coming at the end of 2021!

Andrew Trainor is a Wilmington, DE born screenwriter, graphic novel author, and actor who studied Economics at the Forbes #1 ranked Williams College, where he competed for the Ephs' nationally ranked soccer team and also featured in the renowned theater department's Shakespeare productions. After achieving the Dean's List at Williams for four consecutive semesters, Andrew left school following his sophomore year to pursue a career in the arts full time, debuting soon after as an actor in the indie film The Black Hole alongside screen legend Malcolm McDowell.

In Los Angeles, Andrew turned his attention and passions to writing, soon producing two short films - Lotusland and Ouroboros - that went on to receive local festival acclaim. While writing speculative works for the screen, Andrew established a name for himself in Hollywood for his innovative world-building and unique blending of classic detective noir with the fantasy and science fiction genres. In 2019, he released his debut graphic novel, Bluefall: Vol. 1, under the banner of his fledgling company, Sunstrike Comics. Bluefall rose to become an Amazon Best Seller and sold out three times in its first week at the famous Golden Apple Comics on Melrose, the "comic shop to the stars." Andrew is currently working with artist Nino Cajayon on Volume 2 of the Bluefall series, a virtual murder mystery story that draws comparisons to Blade Runner and The Big Short, and was inspired by both Andrew's background in economics and his undying love for MMO video games. He is also collaborating with artist Tirso Llaneta for the inaugural volume of the Darkspear series, planned for release in late 2021.

Visit the official site of the Bluefall Graphic Novel to learn more about the series, and to browse the Bluefall Blog!

A Sibling of Sunstrike Productions.